Clinical Efficacy of Biofeedback Therapy:
Explanation of Efficacy Levels
Biofeedback therapy has matured over the last 30 years, and today there are myriad disorders for
which biofeedback therapy has been used. Large research grants have funded prospective studies on
biofeedback therapy for a variety of disorders, such as headache (migraine, mixed, and tension), essential
hypertension, and urinary incontinence. These studies consistently report positive results.
On the other hand, several reports of unsuccessful biofeedback training have appeared in the
research literature since the inception of biofeedback training three decades ago. Many of the
unsuccessful studies conducted in the early development of the field reflect failure to thoroughly train
patients. For example, some unsuccessful studies provided only minimal training with the biofeedback
instrumentation (often one to four sessions of short duration), provided little coaching, involved no home
practice, and failed to train to clinical criteria.
In 2001, a Task Force of the Association for Applied Psychophysiology and Biofeedback and the
Society for Neuronal Regulation developed guidelines for the evaluation of the clinical efficacy of
psychophysiological interventions (Moss & Gunkelman, 2002). The board of directors of both
organizations subsequently approved these guidelines. These Criteria for Levels of Evidence of Efficacy,
described below, were used to assign efficacy levels for the vast number of conditions for which
biofeedback has been used.

Level 4: Efficacious
a. In a comparison with a no-treatment control group, alternative treatment group, or sham (placebo)
control utilizing randomized assignment, the investigational treatment is shown to be statistically
significantly superior to the control condition, or the investigational treatment is equivalent to a
treatment of established efficacy in a study with sufficient power to detect moderate differences,
and
b. The studies have been conducted with a population treated for a specific problem, for whom
inclusion criteria are delineated in a reliable, operationally defined manner, and
c. The study used valid and clearly specified outcome measures related to the problem being treated,
and
d. The data are subjected to appropriate data analysis, and
e. The diagnostic and treatment variables and procedures are clearly defined in a manner that
permits replication of the study by independent researchers, and
Page 5
f. The superiority or equivalence of the investigational treatment has been shown in at least two
independent research settings.
Level 5: Efficacious and Specific
Evidence for Level 5 efficacy meets all of the criteria for Level 4. In addition, the investigational
treatment has been shown to be statistically superior to credible sham therapy, pill, or alternative bona
fide treatment in at least two independent research settings. 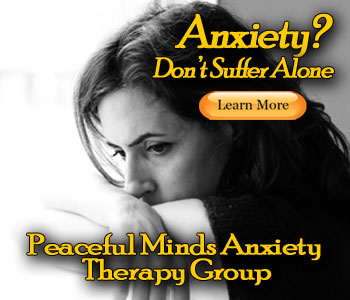 You can’t change the world, but you can change your world. It’s your decision.